​​Creativity and the Art of the Disciplined Imagination​

The opportunity for global health 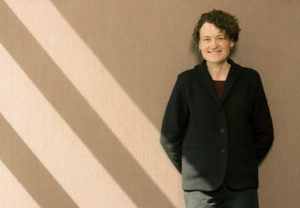 Anita M. McGahan is a Professor at the University of Toronto, where she is on the faculties of the Rotman School of Management, the Munk School of Global Affairs, and the Physiology Department of the Medical School.  She also serves as President-Elect of the Academy of Management and a faculty member in the MacArthur Foundation Research Network on Opening Governance.  McGahan earned both her PhD and AM at Harvard University in two years. She holds an MBA from the Harvard Business School, where she received highest academic honors, and a BA from Northwestern University, where she was elected to Phi Beta Kappa. She spent several years at both McKinsey & Company and Morgan Stanley & Company. McGahan’s credits include three books and over 100 articles, case studies, notes and other published material on competitive advantage, industry evolution, and financial performance. Her current research emphasizes entrepreneurship in the public interest and innovative collaboration between public and private organizations.   McGahan has been recognized as a master teacher for her dedication to the success of junior faculty and for her leadership in course development.

How to measure Collective intelligence 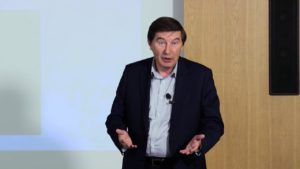 One of the phenomena of Collective intelligence is the process of Collective Intuition. It is the property of group of people to solve a general problem without having a pre-agreed method to solve it, but having personal experience in solving similar problems in the past.
The human brain has been forming for 4 billion years. The artificial Internet network was created just 50 years ago. Today, it manages military installations, energy sources, financial institutions, and the movement of people and goods. The rate of development of this network is much faster than the rate of accumulation of new properties by our brain in the course of its evolution.
Nucleotide code can be recorded and separated from its carrier, the human being. Sooner or later it will happen. And how the life on earth will develop, will depend on whether we are aware of this challenge in time. Will Homo sapiens be able to avoid slipping to the point of no return in its evolution in the arrow of time?

Despite obvious progress in the study of the brain and the progress in the field of Artificial Intelligence, we do not see the point of fracture. But think about it, we must.

In this lecture, I will try to show that before the coming of the moment of no return, we can make our brains learn something, and maybe make some changes in its structure in order to be competitive.
We use one of the paradigms of thought, which was formed more than 100 years ago by a German psychologist, Carl Gustav Jung – «Collective unconscious». In our thinking patterns, we call it «Collective Intuition»; it is the least studied phenomenon in the general problems of «Collective intelligence».

​Andriy Samokhvalov is a psychiatrist and scientist at the Centre for Addiction and Mental Health and a co-lead on the DA VINCI project aiming to provide effective evidence-based treatment for depression and alcohol use disorder at multiple locations across Ontario.

He will describe the challenges the patients suffering from concurrent depression and alcohol dependence are facing when trying to receive help through current healthcare system  and outline the approach to full utilization of the potential  of new and existing treatments.

​The Long Life of First Impressions Ric Phillips is Canada’s first Communication Coach and helps anyone communicate with simplicity, clarity and confidence.  He is the creator of 3V Communications™, a communication coaching and training company that uses a holistic system to synchronize and sharpen interpersonal and professional communication skills.  Ric is also a co-founder, program advisor and instructor with YEDI (York Entrepreneurship Development Institute) and the executive director of the NCCA (Nat’l Communication Coaching Assoc. of Canada).
As an author of several ebooks and articles, Ric is an expert in communications, public speaking techniques and body language analysis, frequently called upon by the media to provide pundit opinion and advice on business people, politicians and celebrities.

How the Theremin Changed the World 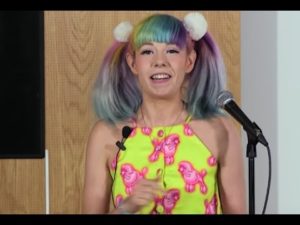 ​Pop singer, songwriter, multi-instrumentalist and romantic — Clara Venice is Canada’s Theremin Prodigy. Clara is one of the only people in the world who plays the Theremin as a proper instrument, which adds an emotional and haunting diversity to her music.
Clara composes ethereal futurepop, with whimsical narratives about spacey love connections. Her live performances include a must-see set design with a virtual band of hologlamorous personas, interactive Theremin-controlled lighting, planetary projections, and awe-inspiring landscapes that morph throughout the show.

Clara has performed around the world, opening for renowned acts such as the Violent Femmes and Carole Pope. She joined the Barenaked Ladies on their 2014 Cross-Canada tour, and has been showcased at The One Man Band Festival, Just for Cats Festival, Kazoo Fest, Word on the Street, NXNE, Spur Festival, IngenuityFest, and Beakerhead. Her debut EP Love Riddle was co-produced by Kevin Hearn (Barenaked Ladies, Lou Reed, Rheostatics) and mixed by Dave Ogilvie (Nine Inch Nails, Skinny Puppy, Carly Rae Jepsen). Her latest EP Electric Dream released in October 2015 includes Clara’s compositions featuring more than 72 instruments.

Building tissues in lab –for better health and longer life

​Dr. Milica Radisic is Professor at the University of Toronto and Canada Research Chair (Tier 2) in Functional Cardiovascular Tissue Engineering. She obtained B.Eng. from McMaster University in 1999, and Ph.D. form the Massachusetts Institute of Technology in 2004, both in Chemical Engineering. She is a Fellow of the Canadian Academy of Engineering and the American Institute for Medical and Biological Engineering. The long term objective of her research is to enable cardiovascular regeneration through tissue engineering and development of new biomaterials. Dr. Radisic holds research funding from CIHR,NSERC, CFI, ORF, NIH, and the Heart and Stroke Foundation. She is an Associate Editor for ACS Biomaterials Science & Engineering and a member of Editorial Board of Tissue Engineering. Her research findings were presented in over 110 research papers, reviews and book chapters with h-index of 44 and over 6500 citations. She is a co-founder of a start-up company TARA Biosystems focused on the use of engineered tissues in drug development.